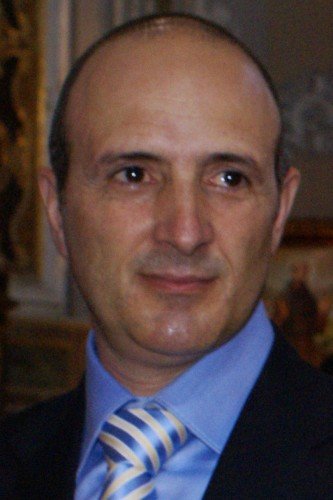 I was born in St. Albans Herts (GB) on the 4th January 1963. My parents emigrated to England in the early 1960s from Ciminna, a small Sicilian town near Palermo, therefore I can speak fluently three languages, English, Italian and Sicilian. I can also speak some French.
I’ve spent up to now half of my life in England and half in Sicily.

My education is mainly British even though I went to high school in Palermo receiving a diploma in Foreign Languages.

I started being interested in archaeology when my father took me to Verulamium, the Roman town located in St. Albans. But the real spark happened when he took me one day to the Pizzo of Ciminna. I was about 12 years old and I vividly remember that day. It was a Sunday morning and as we were walking uphill to the top I noticed that the site was a carpet of potsherds and the early morning frost made some black pottery shine very brightly. I picked up one and I was stunned by its beauty, its smoothness, its lightness. I later realized it was a fragment of Greek Black glazed pottery.  Since then Archaeology has been part of my life and my dream was to dig there.

After my Diploma in Foreign Languages I attended a Regional Sicilian course for Assistant Archaeologist. Its purpose was to create a professional digger assisting the archaeologist.

When I moved back to London in the 1990s I worked for Prét a Manger and for Costa Coffee, becoming a manager and running several shops. As I was working I attended evening classes at Birkbeck College, University of London.
I received the following: 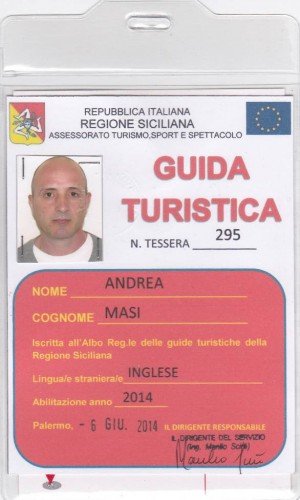 After my studies I worked for MOLAS, Museum of London Archaeological Services.

Since 2005 I have been the president of a non profit cultural association “Genesis Ciminna”, whose aim is to protect, promote and valorise Ciminna’s rich Heritage.
Soon I will be publishing some books about Ciminna, its history and archaeology besides papers regarding the digs carried out over 10 years ago.

I became a fully licensed Tour Guide in June 2014.

I am married to Lorena and we have two boys, Marco and Dario.

This website uses cookies to improve your experience while you navigate through the website. Out of these, the cookies that are categorized as necessary are stored on your browser as they are essential for the working of basic functionalities of the website. We also use third-party cookies that help us analyze and understand how you use this website. These cookies will be stored in your browser only with your consent. You also have the option to opt-out of these cookies. But opting out of some of these cookies may affect your browsing experience.
Necessary Always Enabled
Necessary cookies are absolutely essential for the website to function properly. This category only includes cookies that ensures basic functionalities and security features of the website. These cookies do not store any personal information.
Functional
Functional cookies help to perform certain functionalities like sharing the content of the website on social media platforms, collect feedbacks, and other third-party features.
Performance
Performance cookies are used to understand and analyze the key performance indexes of the website which helps in delivering a better user experience for the visitors.
Analytics
Analytical cookies are used to understand how visitors interact with the website. These cookies help provide information on metrics the number of visitors, bounce rate, traffic source, etc.
Advertisement
Advertisement cookies are used to provide visitors with relevant ads and marketing campaigns. These cookies track visitors across websites and collect information to provide customized ads.
Others
Other uncategorized cookies are those that are being analyzed and have not been classified into a category as yet.
SAVE & ACCEPT
Powered by